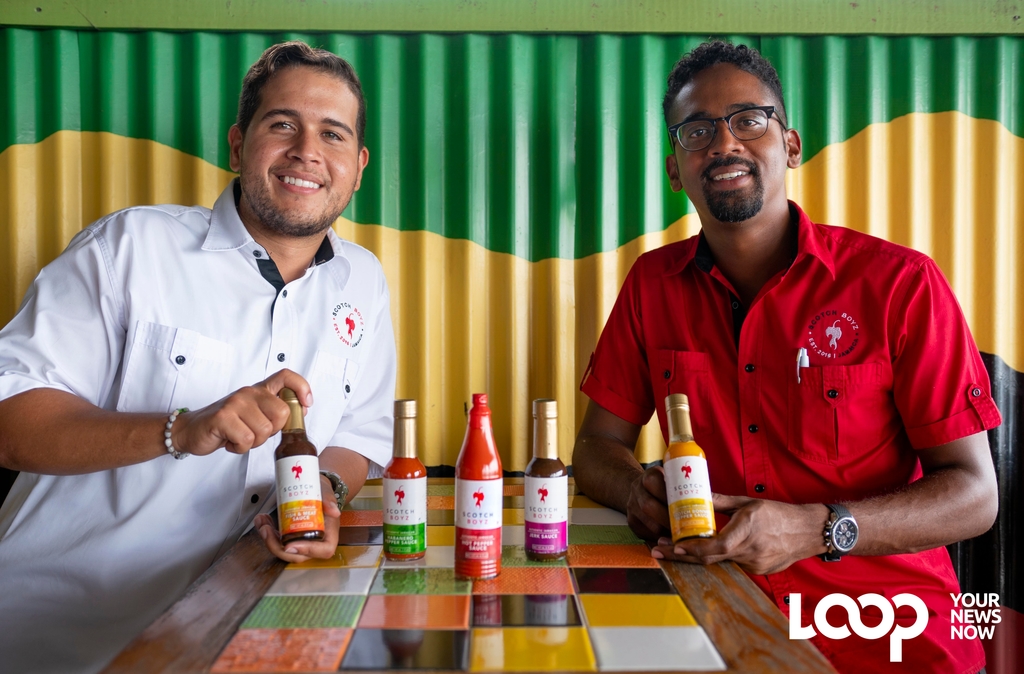 Authentic Jamaican food, including locally-grown herbs and spices, is probably listed among the top five things that Jamaicans miss most about the island when they move abroad.

Westmoreland native, Drew Gray can certainly relate to this. It was a desire to experience the same rich, flavours of Jamaican jerk  and scotch bonnet peppers  while studying in Canada that prompted Gray to begin bottling sauces crafted around his grandfather’s Portland recipe. He later pitched the idea to begin making the sauces for the retail market to his friends -  the concept was immediately embraced by them, giving rise to the birth of Scotch Boyz. Scotch Boyz is a local manufacturer of a line of sauces, including a Hot Pepper Sauce; Habanero Pepper Sauce; Fish and Meat Sauce; Scotch Bonnet Sauce and Jerk Sauce.